The beliefs, the art, our history

The displayed artworks, put together according to the place of worship they come from, become again precious witnesses of the past and pieces of an unicum, the churches for which they were made for: useful spaces to restore the memory, rediscover the beauty and the devotion that inspired the making of these pieces of art. 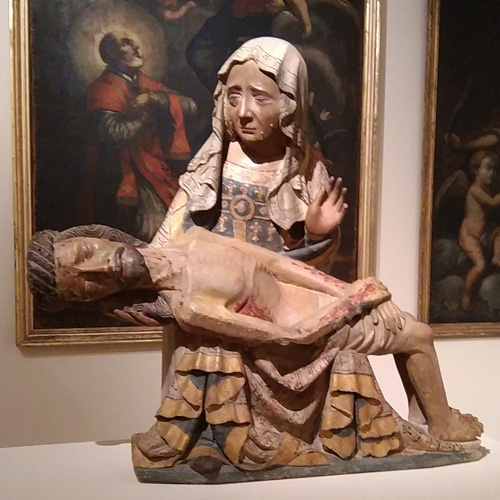 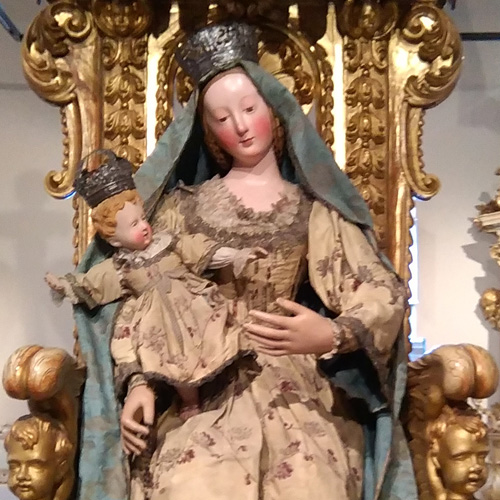 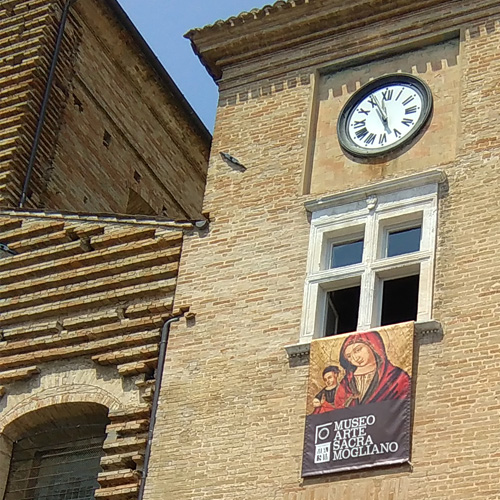 Mogliano, the places of art

Mogliano offers to the visitors a rich artistic heritage that can be traced back to the pre-Roman Age, when the Picenis, an ancient italic population, lived here. The first art work that should be admired is “Madonna in Gloria con i Santi” (Tr: “Madonna in Glory with the Saints”) painted by Lorenzo Lotto or “Madonna in trono con Bambino” (Tr: “Madonna on the throne with Child”) by the painter Durante Nobili from Caldarola. An interesting fresco depicted by a Crivelli schooled painter can be noted in the Church of St. Mary in Bagliano as the francescan complex in St. Colomba, with its chorus and the solemn and remarkably-crafted wooden sacristy. The venerable Image of the Most Holy Crucifix, placed in the homonymous sanctuary (we have just passed the two tundre years anniversary from the painting discovery) and the monumental Church of “St. Cross” are also worth mentioning. Among the noble residences, Forti Palace stands out for sure: it is site of the township and open museum and in its rooms there are valuable artworks as well as a large library. A substancial restoration recovered the 19th century Apollo Theatre that, on the proscenicum, has two scagliola (a type of chalk) coloumns, crafted by Luca Seri, an artist from Mogliano who also worked for the House of Savoy and worked on the Pantheon bronze candlesticks. The defensive city wall that protected the old castle offers the view of suggestive landscapes that include stunning churches and palaces, which display the works of local artists such as Lucatelli and Fabiani. The economy is based on the craftmenship of whiskers, bamboo, leather and wool, while the food and wine are particularly distinguished for genuineness and traditional tastes. 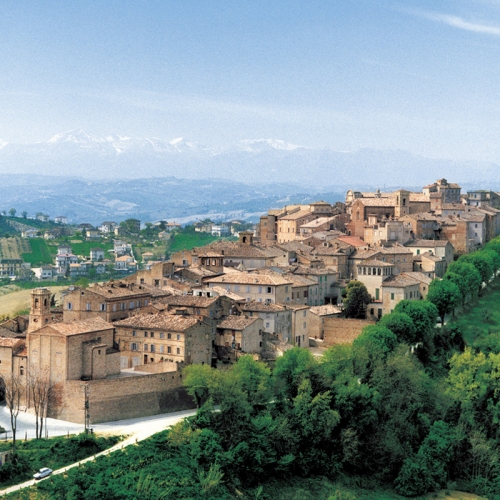 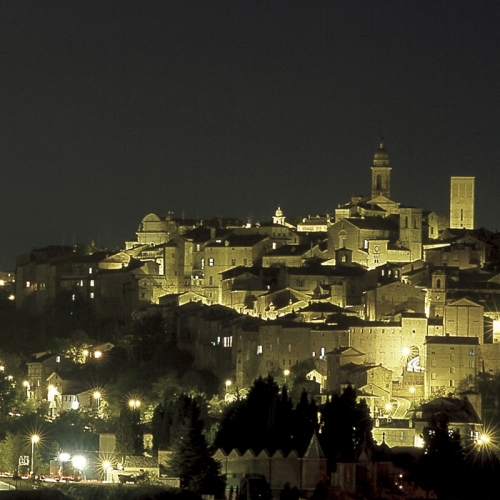 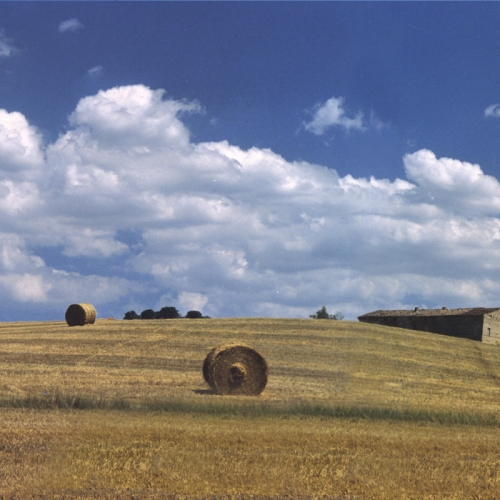 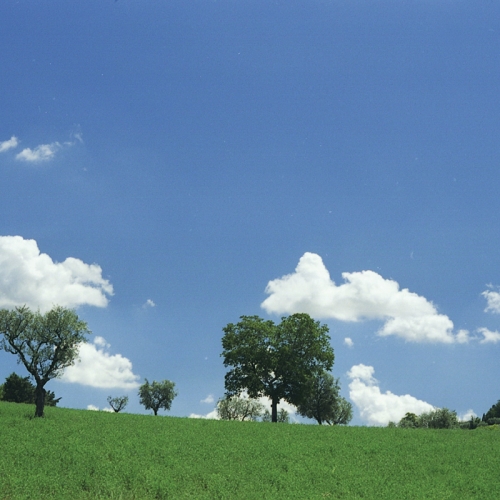 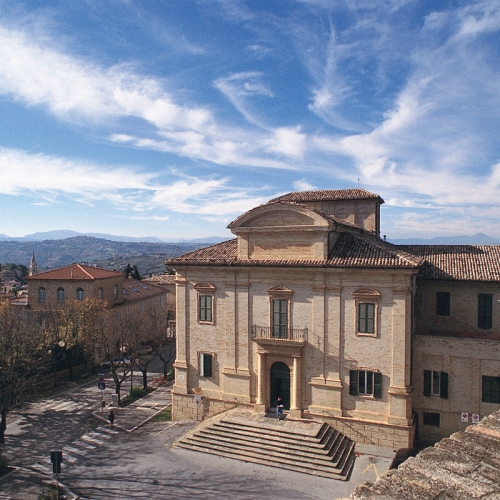 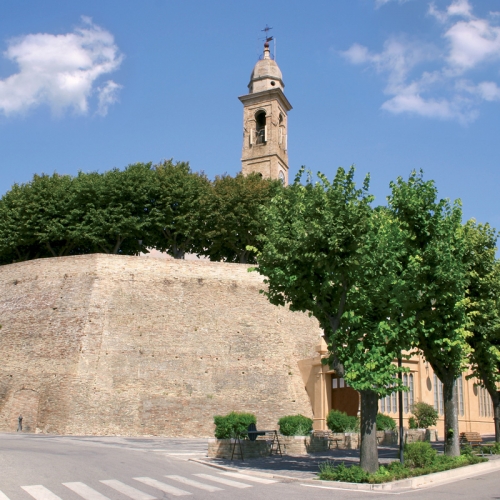 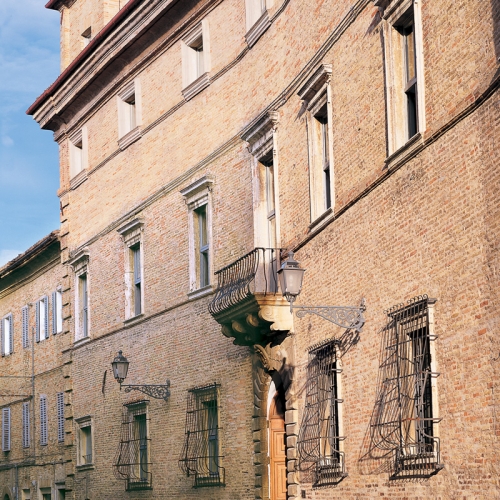 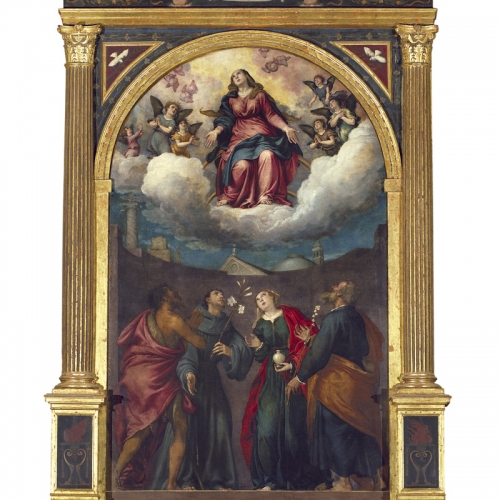 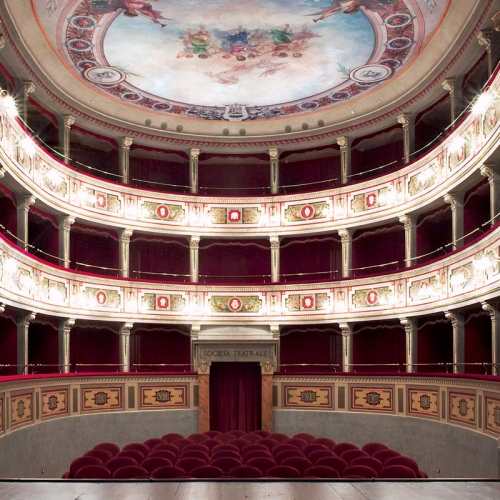 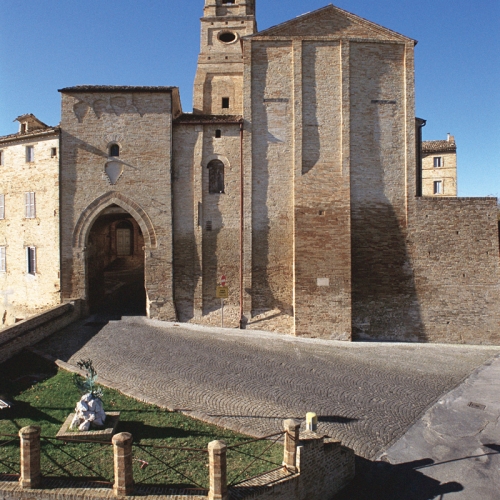