1097: already existing and called “Santa Maria (St. Mary) de genulu” o “de Genilo”, probably deriving from the Latin “Santa Maria Dei Genitrix” (“St. Mary Mother of God”), is placed on the slope of the hill where now the town of Mogliano can be seen, to the east of the ancient castle built on the highest point of the cliff, nearby the Church of St. Laurence; looks out in the open space over the castle walls, called “Lu Terrone”;
1299: the Church is now called “St. Mary and St. Laurence”;
1367: the Church is now included inside the castle of Mogliano thanks to the city wall enlargment towards east;
Beginning of XV century: the Church is rebulit on a lower level, laterally to the Eastern Door (medieval arch), also called “Porta da Piedi”;
After 1420: it is now called “Santa Maria da Piedi” (as the aforementioned arch) for the construction of the Oratory of St. Mary;
1506: the Church is now named “Santa Maria del Lucignano” (St. Mary of Lucignano, meaning “of the Light, of the sun, from East”);
1586 - 1598: it is restored and amplified;
1600 - 1630: it is restored in the actual building and called “Santa Maria Nuova”;
1696 - 1703: the aisle and the major altar have a new floor;
1715: a new bell tower and a new sacresty are built, the latter is covered with a vault ceiling;
1728: the Church it is elevated and decorated with a painted wood ceiling;
1730: it is consacrated to the Blessed Virgin Mary and St. Laurence from the Archbishop Alessandro Borgia;
1736: the new sacresty is amplified towards the tower, over Porta da Piedi;
Within 1750: it undergoes reclamation works on the eastern facade;
1760: it loses the use of the of the old sacresty, which collapses;
1767: new burial compartments are built, under the nearby hospital, and a renforcement;
1925: it is deprived of the parish site;
1942: it loses the bell tower’s dom, destroyed by a bolt and never rebuilt;
1943: it is damaged by several earthquakes;
1945: part of the roof collapses;
1948: the facade, the bell tower and the roof are now restored;
1969: it loses the nearby building (the hospital) and it is damaged by the adjoining collapse of the northern castle walls;
1982 - 1985: the Church benefits from the state funds for the consolidation of the architectural restoration. 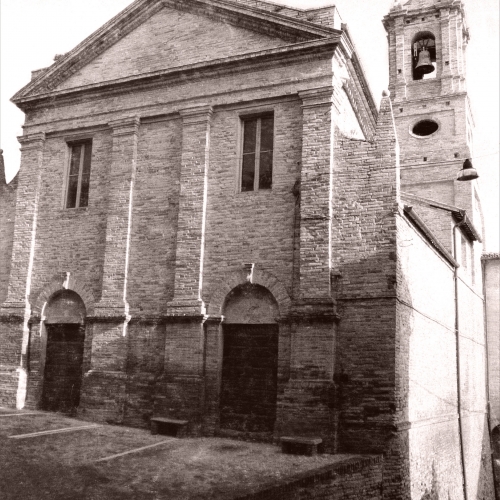 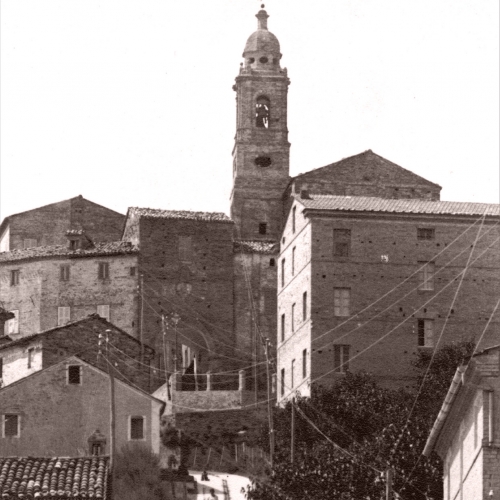 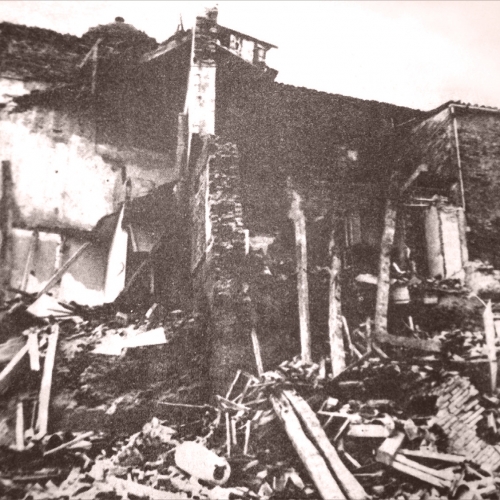 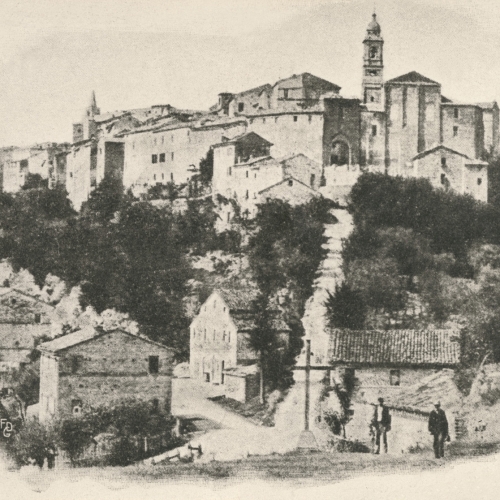 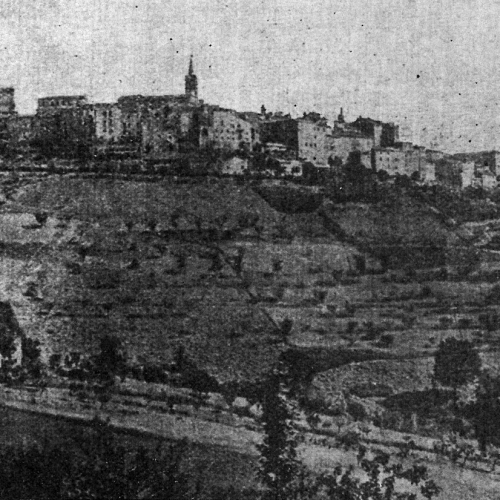 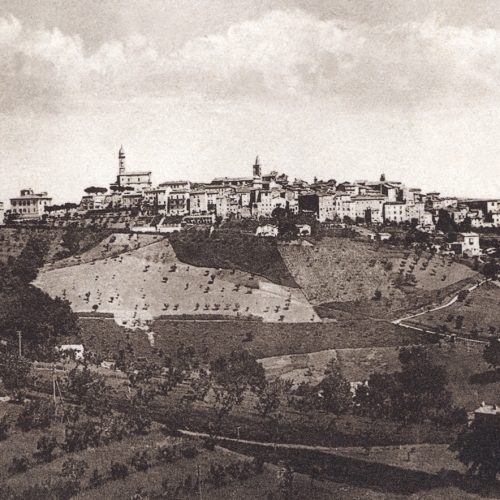 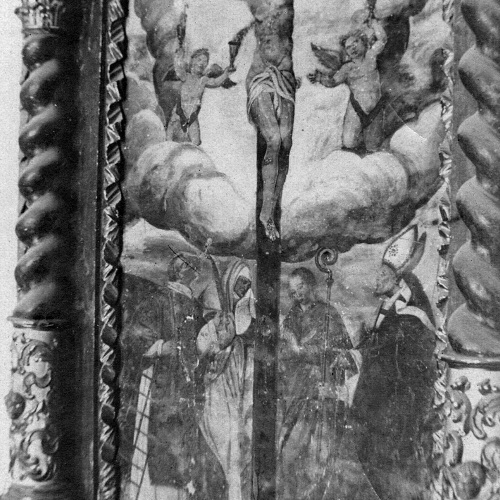 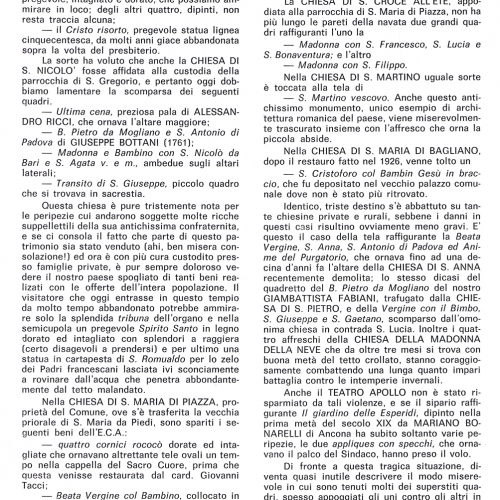 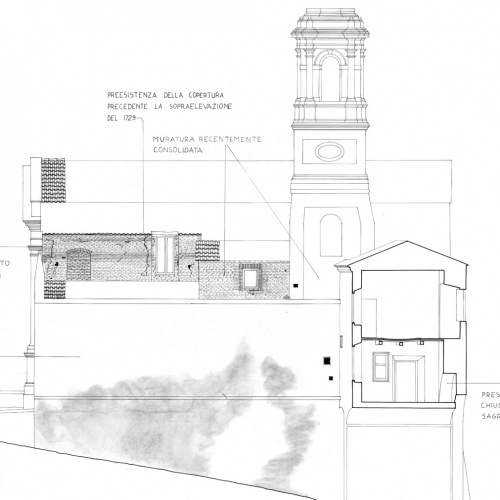 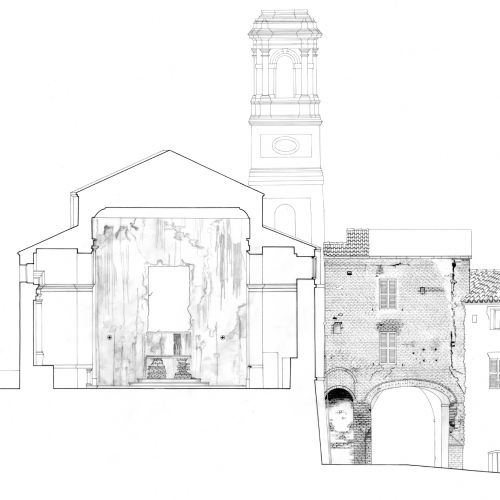 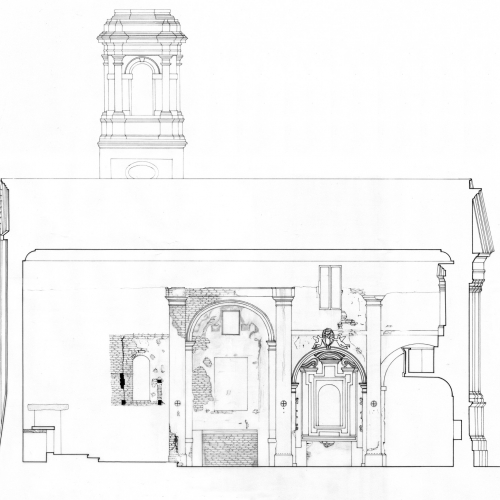